Founded in 1993 by Mark Nunberg and his partner Wynn Fricke, Common Ground Meditation Center builds upon the history of the insight meditation tradition and recognizes the value in sustained spiritual community. From the beginning, Mark and Wynn shared a deeply felt desire to create a local, dedicated center that would serve as a support for mindfulness practice and a reminder of the importance of cultivating compassion and wisdom in daily life. In the years since its inception, the center has grown into a large, vibrant community of mindfulness practitioners. 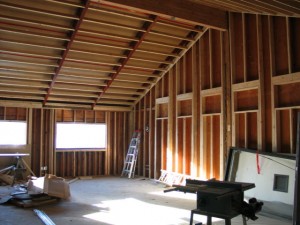 In response to the growing needs of the community, Mark left his part-time teaching job in 1999 to work full-time at the center. A few years later, in 2002, Wynn and Mark invited four longtime practitioners to join together and form a Board of Directors. Later that year, Common Ground received its official nonprofit status as a Theravada Buddhist Meditation Center. By that time, the Common Ground community had grown significantly and leaders were stepping forward to take on responsibilities for the running of the center. In 2006, the Board of Directors, with tremendous input and support from the community, decided to purchase an old diner just a few blocks away from the center. The new building required a two-year renovation project managed by longtime community member David Asselstine and architect Rick Okada that also involved countless hours of volunteer labor. After raising over $900,000 for the purchase and renovation of the new building, in February 2009, Common Ground began operating at its new location at 2700 East 26th Street. 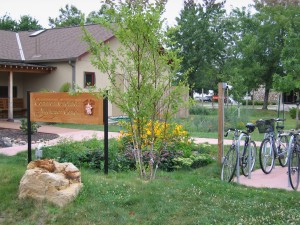 While in its early years the morning sits would only see a handful of meditators, now over 500 people pass through the doors of Common Ground each week. The 1100-square-foot meditation hall hosts three weekly practice groups, drop-in meditation sessions, retreats, workshops, yoga and qigong classes, and monthly talks from visiting teachers. Community groups, such as the Mental Health Practitioner’s Group, are formed by active community members to enhance the fellowship of spiritual community that has always been central to the center’s mission. Common Ground is now involved in outreach programs, fundraisers, and supports integration of mindfulness into the broader Twin Cities community and beyond.

Though the center is partly an expression of the spiritual energy brought to the west by insight meditation teachers such as Sharon Salzberg, Joseph Goldstein, and Jack Kornfield, Common Ground has been influenced by many spiritual and secular traditions. At its core is a commitment to helping practitioners develop practical tools for understanding and responding to the fluid conditions of contemporary life while awakening compassion and wisdom.