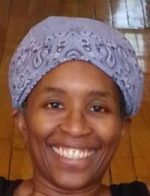 Myra K. Rucker is a yoga teacher, and yoga student, who firmly believes in the benefits of  “sthira sukham asanam” (Yoga Sutras, II:46) – steady, joyful practice. Her introduction to yoga, practicing once a week between professional dancers and musicians (of various ages and fitness levels), quickly illustrated how yoga provides a path for anyone and everyone to be the best version of themselves.

Myra’s teaching philosophy centers around the fact that smiling changes brain chemistry. She is also inspired by the idea that yoga (union) – and life – are like a poem, which, as Robert Frost said, “. . . begins in delight and ends in wisdom.”