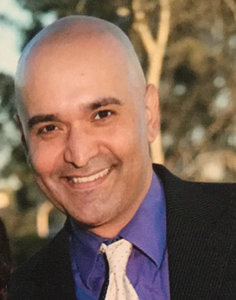 A native of El Salvador, Nils started meditating at the age of 16. He studied major religions at Lancaster University in England and did research on gurus in Pune, India. He stayed in Hindu and Benedictine monasteries until he went to Thailand to ordain in Ajahn Chah’s Forest tradition. He made a commitment to be a monk for seven years and lived in monasteries in England, New Zealand and Italy. After leaving monastic life, he lived in Minnesota and founded Common Ground’s Gay Men’s Community Group. Although he now lives in Oakland, CA, he continues to teach several times a year at CG, including as part of our teaching team for the Dharma Leadership Training. He has helped translate talks by Ajahn Chah into Spanish and has given talks in a variety of venues including The East Bay Meditation Center in Oakland. The first discourse of the Buddha is the framework by which he lives his life. He currently teaches art to a bunch of beautiful urban high schoolers. Nils is a member of the Alphabet Brothers of Color Deep Refuge Group. His teachers continue to be Ajahn Viradhammo and Ajahn Sumedho.