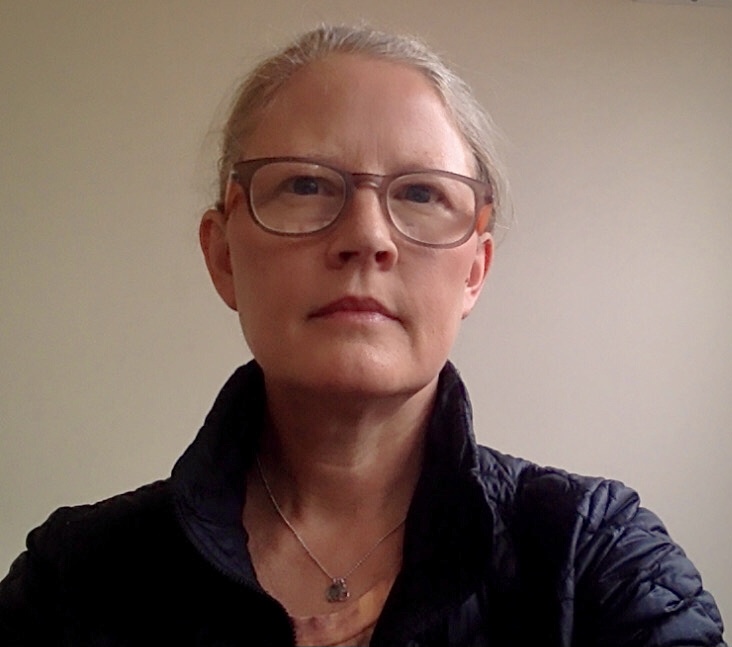 Nancy Boler entered the practice of meditation through yoga. She was certified as a yoga teacher in 2000 at the Kripalu School of Yoga. She has been studying and practicing Buddhadharma since 2005 when she first found Common Ground Meditation Center and has been teaching Mindful Yoga at Common Ground since 2007. Nancy also completed a two-year Mindfulness Yoga Teacher Training at Spirit Rock Meditation Center a 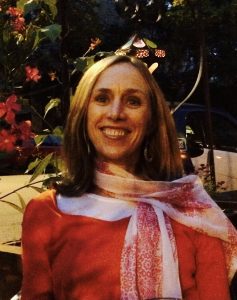 Mary Clark became a committed meditation practitioner after attending a heart-opening Thich Nhat Hanh retreat over ten years ago. Retreat practice continues to be a source of enhanced mindfulness, ease and joy for her. She has guided a community group for Mental Health practitioners and leads meditation at a local prison. She has taught Mindful Self-Compassion at the center and at the University of MN health service, where she works as a psychotherapist. She is continually grateful to the dharma for enabling her to translate her direct experience into wise understanding, to all those who share their experience in a community of learning and is committed to contributing to communities of growth and transformation. 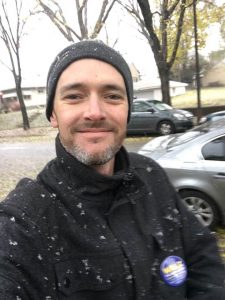 Phillip Cryan serves as Executive Vice President of SEIU Healthcare Minnesota, a union of more than 40,000 healthcare workers in hospitals, clinics, nursing homes, and consumer-directed in-home care across the state. He has been an organizer, activist, educator, writer and policy analyst in pursuit of social, racial and economic justice for more than two decades. Not coincidentally, he has been a meditator and student of the dharma a bit longer than that. After graduating from high school in 1997, he was invited by a friend to check out a Young Adults retreat at IMS, and has been hooked on the Buddha’s teachings ever since, practicing primarily in the Chan/Pure Land tradition of Venerable Master Hsuan Hua and the Thai Forest Theravada tradition of Ajahn Chah. He became an active member of the Common Ground community in 2013. He has led a monthly Common Ground practice group for organizers and activists since 2016 and is currently serving on C 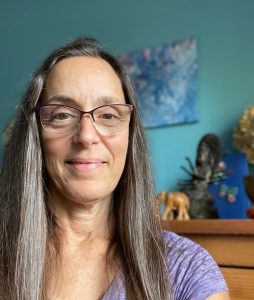 G’s board of directors as Secretary.

Tracey Ghilardi began practicing mindfulness in 2006 through her work as a psychologist.  She found Common Ground in 2012 and is deeply grateful for, and inspired by, this community.   Her retreat experience includes two practice periods at Kyaswa Monastery in Sagaing, Myanmar (Burma), which profoundly influenced her understanding of generosity.  Emotional healing and trust in the protection of the Brahmaviharas (loving kindness, compassion, appreciative joy, equanimity), both in daily life and on the path of deepening wisdom, are some of the fruits of the practice for Tracey.  She is dedicated to supporting one another’s work toward peace and wellbeing for all. 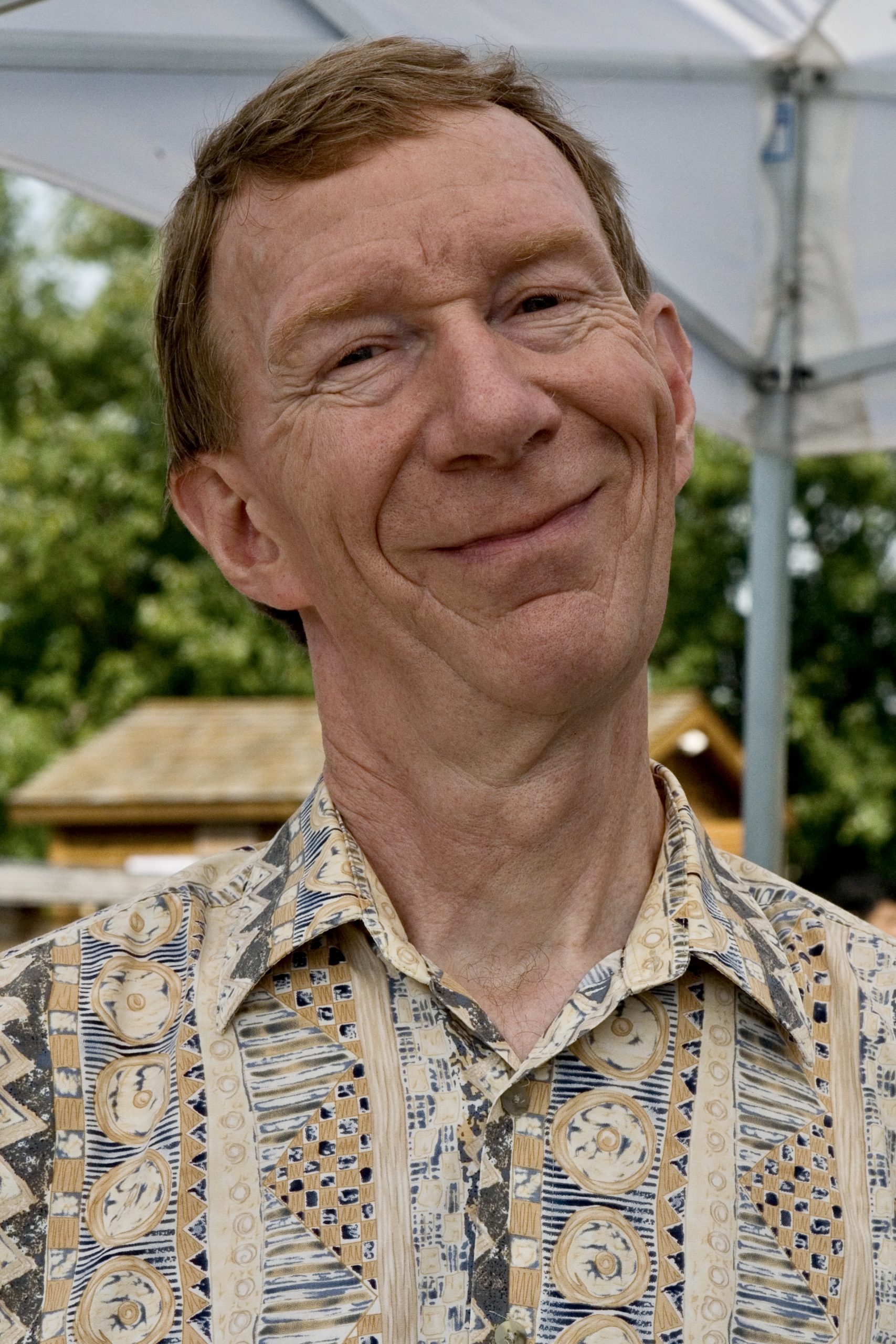 Dave Halsey has been practicing meditation and has been active in the Common Ground community since 2007. He served on the Common Ground Board of Directors for six years including serving as Treasurer. He has also served on various Prairie Farm Retreat committees beginning with the search for the property in 2013 and continuing to this day. Dave was a regular Practice Leader at Prairie Farm before the renovation began and has enjoyed many days of retreat practice there and in other retreat settings. Dave deeply appreciates the wisdom gained through practice in the peaceful, natural setting at the Prairie Farm Retreat. Dave is retired, is married with two adult children and lives in Minnetonka and Tucson, AZ. 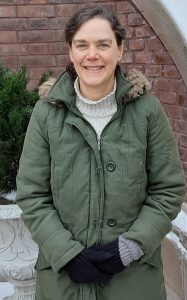 Evelyn Kaiser began meditating in 2004 and has been practicing at Common Ground since 2010. A grateful student of Buddhist practice, she continues to find inspiration exploring a body-centered practice grounded in Lovingkindness. 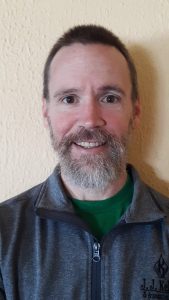 has sat a variety of teacher-led retreats at Insight Meditation Society, Spirit Rock, and Metta Meditation Retreat Center, including two 3-month retreats. He has also sat self-retreats at Prairie Farm and Kevala Retreat. His focus is on a relaxed and receptive awareness with the intention of opening the heart to love more fully. Matthew served as the retreat manager for the 2019 Common Ground Labor Day retreat and besides serving as a practice leader, he will be spending a number of months each of the coming years as a Caretaker at Prairie Farm helping to ensure retreatants have a space conducive to self-contemplation and an opening of the heart. When not sitting in formal practice, Matthew volunteers with the Wisconsin Prison Mindfulness Initiative, New Community Shelter, and Unity Hospice. He currently resides in Appleton, Wisconsin. 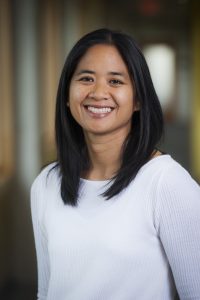 Jen Racho is a grateful student of meditation and Buddhist practice. She has been practicing meditation since 2003 in the Japanese Soto Zen and Vipassana tradition. Her retreat experience includes a three-month practice period at Green Gulch Farm near San Francisco. She has served on the board of directors of Minnesota Zen Meditation Center and currently helps lead the People of Color and Indigenous Sitting Group at Clouds in Water Zen Center in St. Paul. Through meditation and the dharma, Jen has found a greater capacity for acceptance and love. She lives with her wife and dog in Minneapolis.

Dave Redelman has practiced at Common Ground for since 2015 with retreats from one day to fourteen days plus one six weeks totaling 160 days. His focus is on connecting and sustaining awareness centered in the body which is often a humbling experience. He volunteered during the 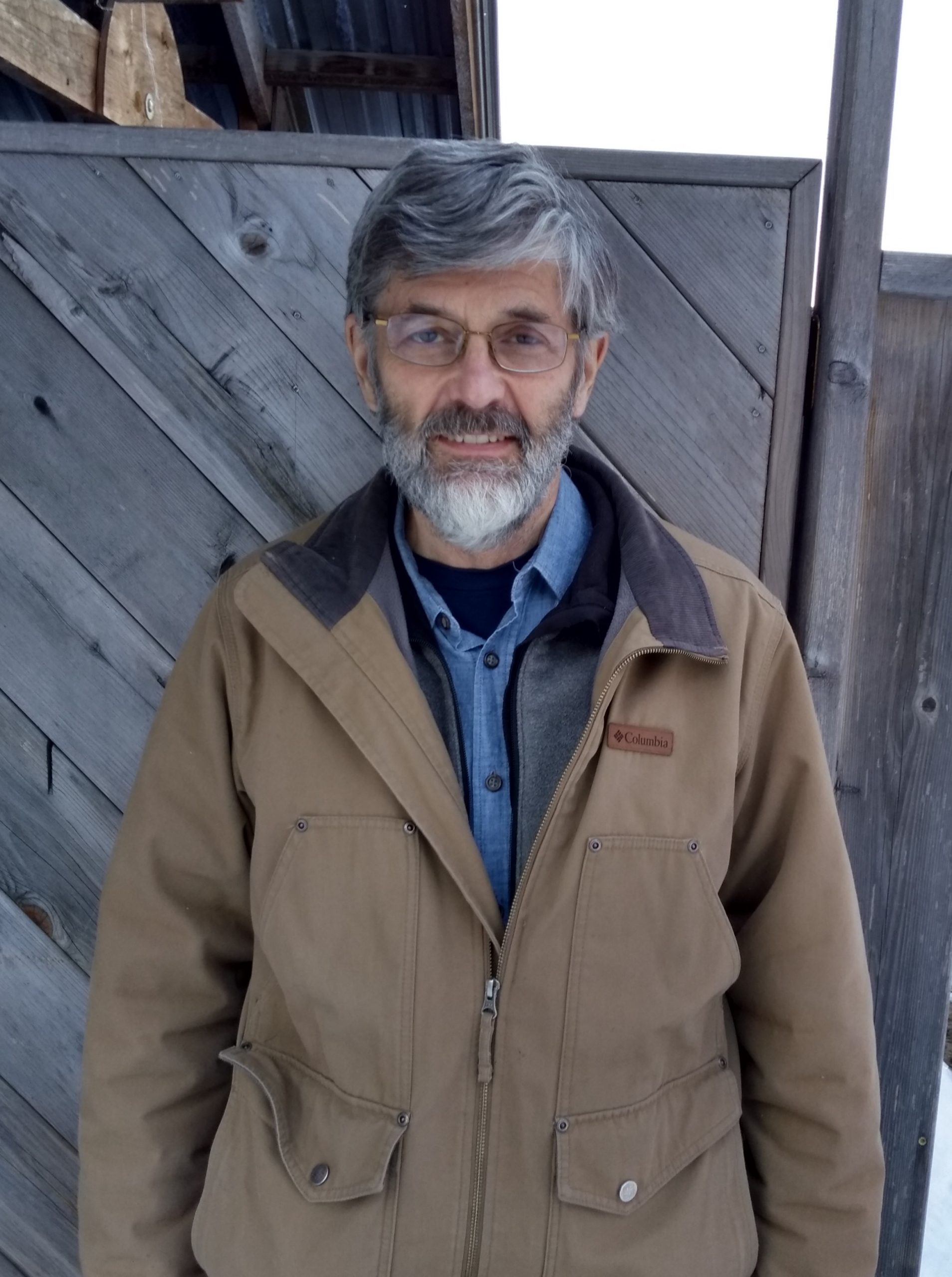 renovation of the retreat center on work retreats with Cory and will be involved as practice leader and caretaker. In our retreats, may we investigate and develop our skillful means of solitary practice supported and energized within a kind and generous community. Dave volunteers and is on the building committee at Common Ground. He also enjoys volunteering at Seward Montessori School. Dave has canoed in the Boundary Waters for many years recently taking annual fall trips spent in retreat. After retiring from a forestry career, he lives in Minneapolis. 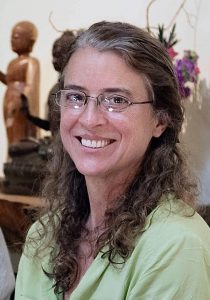 Sarah Wilson started meditation through tai chi and qigong in her early 20’s. She started practicing vipassana and metta when started coming to Common Ground in 2010. Sarah has worked in the healing arts since 1991. She continues a daily practice in tai chi and qigong alongside dharma studies and meditationpractices. Sarah graduated from the Dharma Leadership Training program at Common Ground. 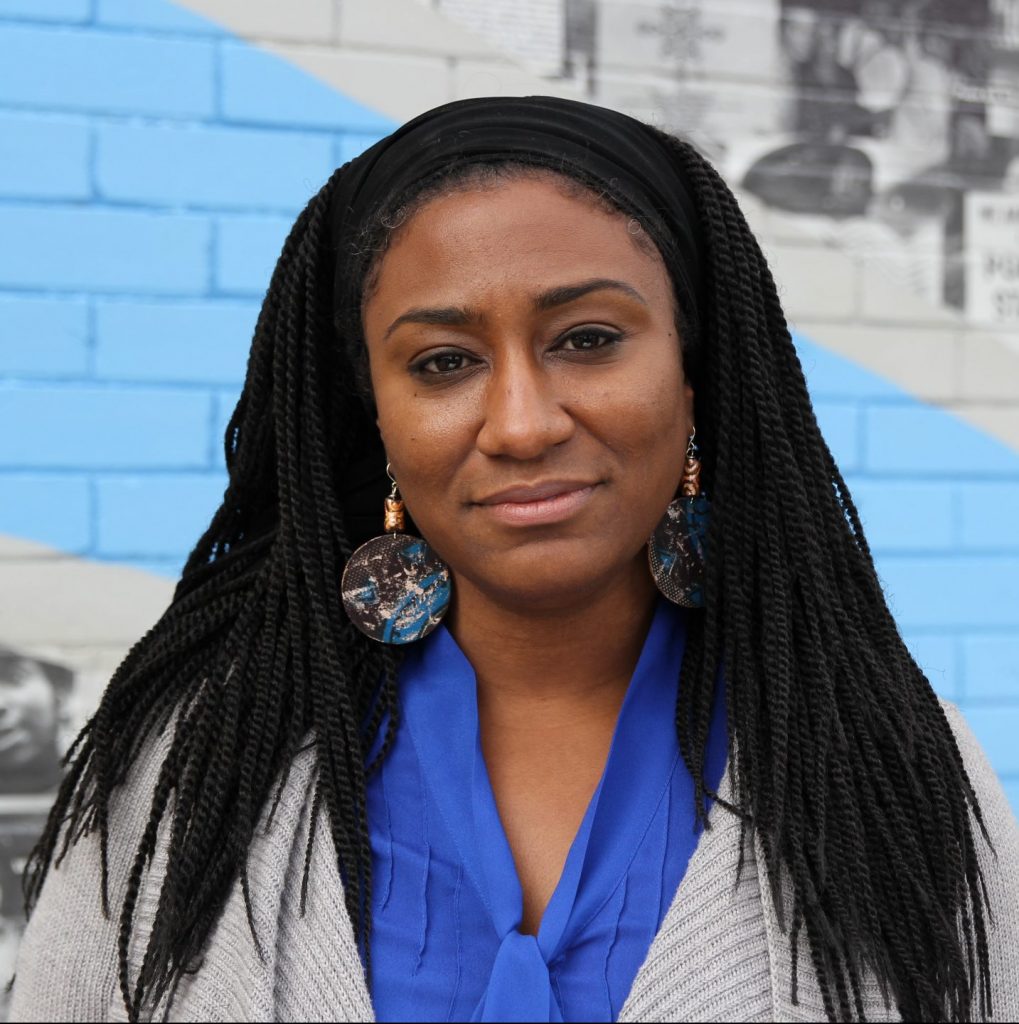 Zenzele Isoke is Associate Professor & Chair of Gender, Women and Sexuality Studies at the University of Minnesota, Twin Cities. She has practiced meditation since 2005 and has been an active member of the Common Ground Meditation Community since 2014. A mother of two black women, Zenzele designs and teaches university courses that integrate mindfulness of body and breath techniques with Black feminist thought to teach about race, gender, and empire for undergraduate students including Pleasure, Intimacy, Violence, and a new freshman seminar on Trauma and the White Racial Frame. Zenzele leads BIPOC meditation at the Yoga Room in North Minneapolis. She is also a founding member of BIPOC Sanghas for Direct Action for George Floyd and the Buddhist Justice Reporter, while co-facilitating BIPOC sitting groups at Clouds in Water Zen Center and Common Ground Meditation Center. She has completed three 9-day retreats, several one-day and half-day retreats, and several 4-day retreats at Common Ground Retreat at Prairie Farm. 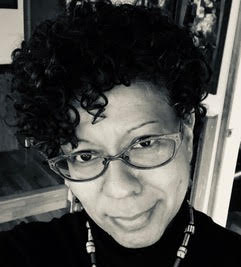 Arleta Little has been practicing meditation at Common Ground for more than 18 years and has deep gratitude for the teachings and community at the center. She was introduced to Theravada Buddhism in 1993 as a Peace Corps Volunteer in Thailand, where she participated in intensive silent retreats at Wat Suan Mok and other temples. She has maintained both meditation and retreat as vital foundations for her spiritual practice. Buddhist teachings nourish her development along with the teachings and writings of Howard Thurman, Thich Nhat Hanh, rev. angel Kyodo williams, and others. Her practice also includes social justice work, writing, yoga and other liberation practices. She is trained in social work and public affairs and has worked in the nonprofit and philanthropic sectors for over 20 years. She is a published poet and essayist and is currently working on a collection of daily meditations. She is a member of the BIPOC Sanghas for Direct Action, a network of BIPOC meditation practitioners that organized following the murder of George Floyd.